One radiator style that is becoming increasingly popular amongst homeowners, interior designers and architects is the vertical radiator.

Research has shown that vertical rads are very versatile and incredibly well-suited to be used with all kinds of heat sources, including conventional boilers and renewable energy units.

The main reason for the increased installation of tall and slim models, is because it is often more convenient in areas of limited wall space to make use of vertical areas.

Being able to have a vertical rad giving out as much heat as a traditional horizontal rad has revolutionised the way in which radiators are built into interior design plans.

In this article, we'll show you some of the benefits of installing a vertical radiator in your home.

An alternative to horizontal orientation

Improving the use of living space is a key component of modern living, as we all look to maximise the space we have with increasingly novel and imaginative space-saving ideas.

One way of doing this is to push furniture up against the walls to give the impression of more space in the centre of the room.

The main issue with doing this using horizontal radiators is that you can’t place sofas or bookcases across certain walls for fear of blocking the radiator and the risk of your furniture absorbing all the heat, rather than it being emitted into the room.

Vertical rads can make use of space that we previously considered inaccessible to get around these issues.

Make the most of wall space 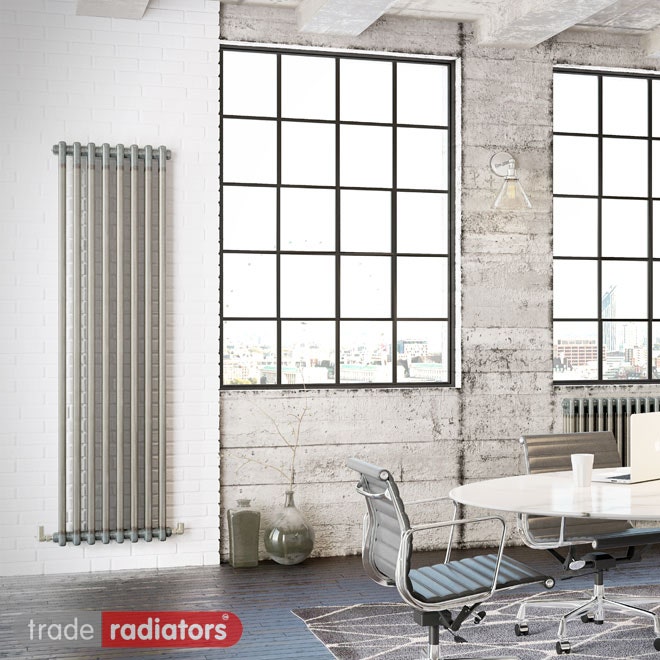 Large windows have also traditionally proved to limit where we can put radiators. However, now it’s possible to place vertical radiators in the space either side of the window.

Alternatively, the advent of long but low panel radiators has improved the aesthetics of installing a rad under a window, rather than squeezing in a conventional panel rad in that area with the aim of it being functional rather than stylish.

Floor standing rads are being used more and more, particularly in modern apartment buildings where many walls are completely glazed, with nowhere to fix a traditional rad to the wall.

Advancements in technology have meant that vertical radiators now come in a range of styles, making it easier for you to find an energy efficient rad that also fits in with your interior design ideas and your available space.

These days, in addition to plain or grooved flat panel radiators, more and more designer vertical rads are being made available, which include squared and rounded stylings.

Having the ability to match your rad with the decor, it has made homeowners much more interested in choosing their own radiator, rather than the traditional practise of letting the plumber or heating engineer pick the rad from a limited range of styles.

Customised to your interior design plan 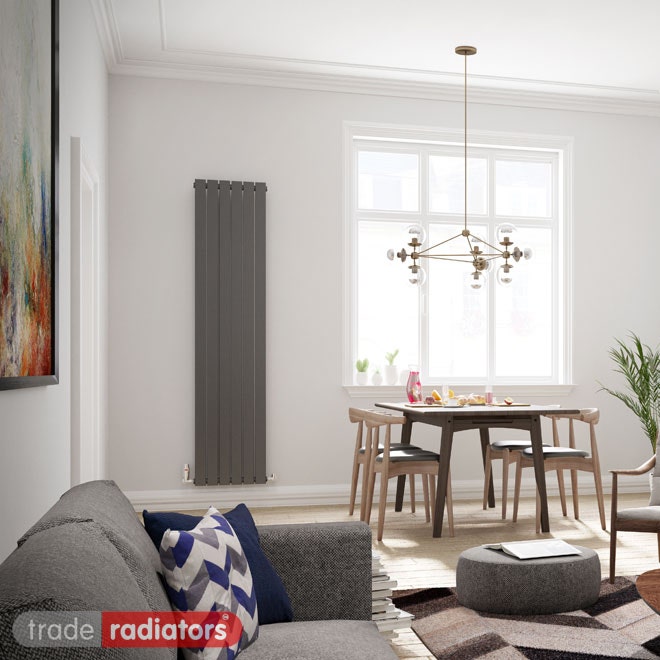 Knowing you can get radiators in a wide range of styles, you should give some real thought into what the function of each radiator will be in the different rooms of your home.

In the rooms that are used the most, you radiator will be needed regularly to warm the room and the people that are in it, so you’ll want to ensure that the radiator you choose has enough heat output for the room it will be installed in.

In bathrooms, ensuites, cloakrooms or kitchens, the radiator might only need to heat a smaller space, but you may also want the rad to have the flexibility to dry and warm towels too. 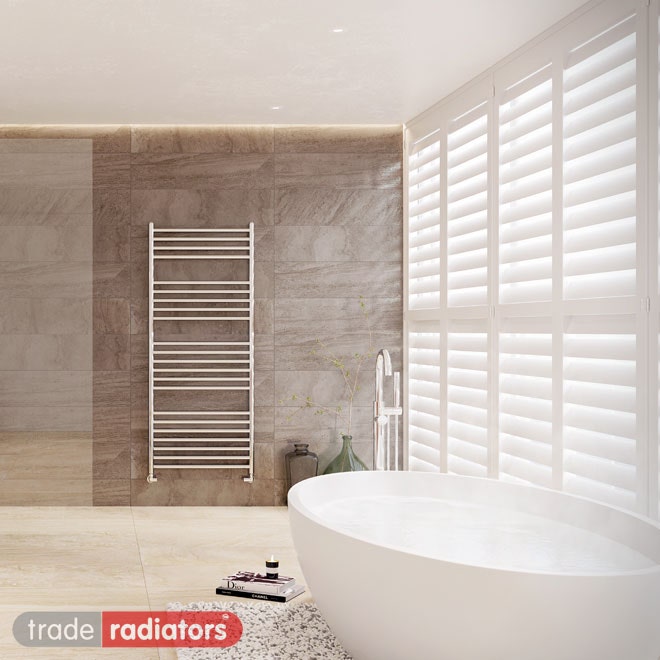 The ladder-style heated towel rail has traditional been the go-to choice for this purpose, but with the wider array of vertical rads available, it’s now possible to have a minimalist vertical radiator that incorporates the ability to dry towels.

Often it’s the case that a heated towel rail will not provide enough heat output to heat the whole room, so installing a full-blown radiator that can also warm towels is a very attractive option.

In kitchens particularly, with so much space taken up by cabinets, breakfast tables, storage and back doors, homeowners are often very restricted with where they can put a suitable radiator.

Installing vertical radiators, again, makes thin and tall areas of wall space, that previously could not have been considered for a radiator, very appealing and functional.

An option for period properties

The vertical option is also being seen more and more in period properties, where the heavy and horizontal cast-iron rads were once king.

The invention of the modern column radiator has provided an option which is much lighter than their cast-iron counterparts, making them easier to transport and install.

Vertical column rads are now commonplace but crucially, they also retain that sense of period style traditionally found only with the cast iron radiators.

A fantastic range of choice 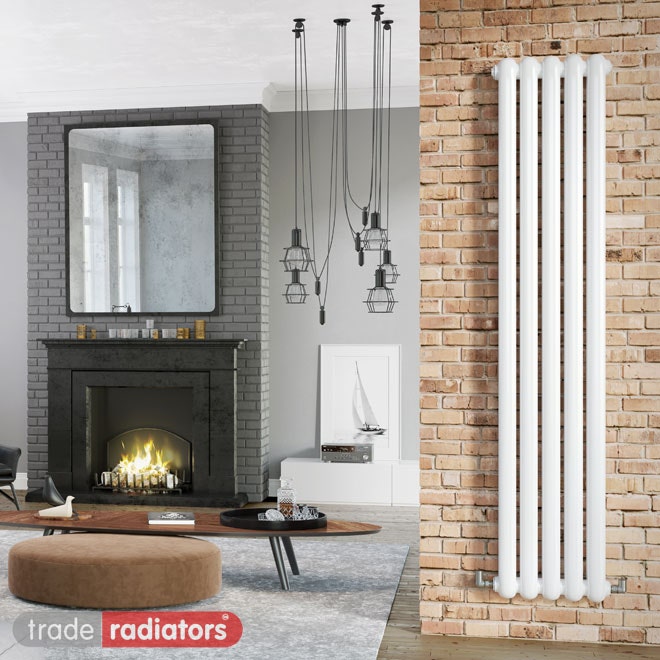 Radiator manufacturers are very aware of the needs of modern homeowners in the 21st Century, which is why so many high-quality vertical radiators are now available to purchase.

At TradeRadiators.com, we offer a fantastic range of top quality vertical radiators manufactured to the highest standards, each coming with comprehensive guarantees and free delivery.

We urge you to breakout of your radiator comfort zone and realise that there are so many more options available to you than you may have previously considered. The choice is yours….

• The benefits of stainless steel radiators

• VIDEO - How to fit a vertical radiator

• How we can help if you have a large radiator project